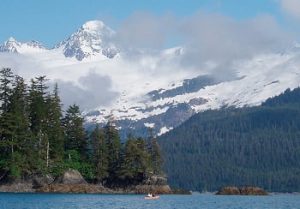 The Wilderness Society has used SNAP data and assistance to create climate summary reports for National Park lands. These reports describe potential future temperature and precipitation for 2040 and 2080 as compared to historical values (a 1961–1990 climatology).

In order to understand what these changes may be like, data from five downscaled global circulation models were used to estimate decadal averages of future temperature and precipitation values within the preserve. These models assume a steady increase in carbon dioxide emissions from fossil fuel combustion over the first several decades of the 21st century, followed by a gradual decline in emissions as several kinds of low-emission energy alternatives become more prevalent. This emissions regime is considered a “moderate” estimate.

Several other scenarios have predicted higher emission rates, and scientists have since determined current levels are significantly greater than even the most extreme concentrations analyzed by the Intergovernmental Panel on Climate Change. Higher emissions rates will likely accelerate changes in climate and lead to more severe ecosystem impacts.