Keep up with SNAP

Uncertainty is inherent in SNAP’s work

There are many sources of uncertainty in future climate projections, ranging from the uncertainty of predicting economic and social choices to the sparseness of historical climate data with which to calibrate models. Because these sources are so disparate, the uncertainty in projections cannot reliably be captured in a single number or probability.

How uncertain? It depends

The different sources of uncertainty can be more or less important for different questions or at different times in the climate projection. For example, emissions scenarios are fairly similar over the next few decades. It might not be important to study all of the emissions scenarios if you have a question about just the 2030s, but it would be critical for a question about the end of this century. On the other hand, the uncertainty from natural variability is particularly important over the next couple of decades.

Data analysis and interpretations are always important, and must be understood in order to effectively and appropriately use our products.

Scenario planning (allowing for more than one possible future) allows for greater flexibility in the face of high uncertainty, and is an important part of all SNAP model interpretation.

Uncertainty in our ecosystem modeling 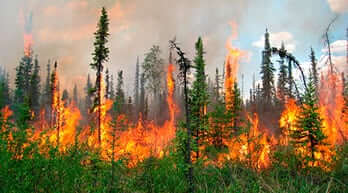 Uncertainty: Projections are inherently uncertain because they depend on assumptions and estimates regarding the frequency and location of fire starts as well as the calculated relationship between climate, forest age and type, and fire spread. 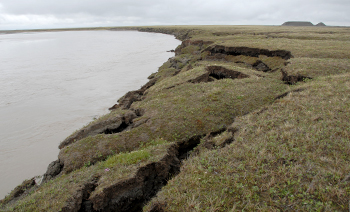 SNAP permafrost modeling has been done in conjunction with experts at the Geophysical Institute Permafrost Lab (GIPL). Algorithms to determine the depth of active layer depend on calculations of the insulating properties of varying ground cover and soil types, as well as on climate variables.

Uncertainty: Although GIPL researchers have used the best available data for all inputs, some datasets are incomplete.

SNAP works with partners in the U.S. and Canada to project potential landscape shifts driven by climate change. Projections depend on links between vegetation and climate, as well as the ability of various species to adapt to change.